This is a calendar of events of interest to Los Angeles bankruptcy professionals. All start times are Pacific Time. If you would like an event to be posted on "the dog," please send your announcement to J. Scott Bovitz. Include the link to the registration page on your group's web site. Thank you. 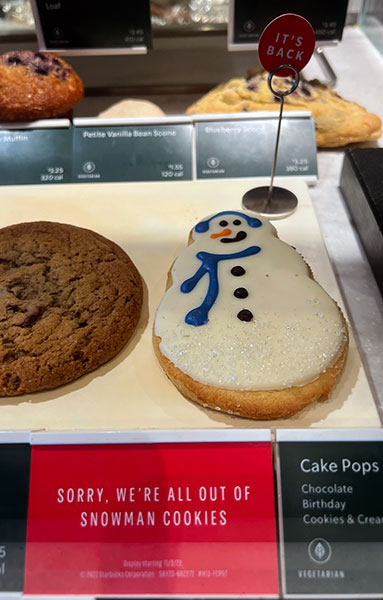 Courtroom of the future survey (everyone likes surveys)

Here is a link to a draft survey on the recent changes to the Roybal courtrooms: https://forms.office.com/g/nvW8PH9gJ8. The recently completed improvements within the Roybal courtrooms are the standard for planned modifications to bankruptcy courtrooms in other divisions. Your responses to this survey will help the Chief Deputy of Administration and his team determine if they need to revisit the design, technologies, and modifications.

If you prefer, here is the QR code for the survey:

You can write to Mr. Hermann directly at:

But I already have my seven booster shots! This is from Kathy Campbell:

Although the Court rescinds the Amended Policy Regarding COVID-19 Vaccination and Testing, all employees, volunteers, and onsite judiciary contractors are still strongly encouraged to follow the Centers for Disease Control and Prevention’s guidance regarding COVID-19 prevention measures, including staying up to date with their COVID-19 vaccines.

New and amended rules and forms.

The Bankruptcy Threshold and Technical Corrections Act (BTATC Act), Pub. L. 117-151 reinstates the total debt limit for determining eligibility of a debtor to proceed under subchapter V of chapter 11 to $7,500,000 – the amount previously in effect under the CARES Act. Interim Rule 1020 was revised to implement the CARES Act debt limit from March 27, 2020 to March 27, 2022, when the relevant CARES Act provisions expired. The BTATC Act restores the $7,500,000 limit retroactively for cases commenced on or after March 27, 2020 through June 21, 2024 (two years after the date of enactment of the BTATC Act), and Interim Rule 1020 is amended accordingly. The Advisory Committee on Bankruptcy Rules recommends that courts adopt Interim Rule 1020 as a local rule while the BTATC Act subchapter V limit is in effect.

United States Courts. Who me? A Bankruptcy or Magistrate Judge?